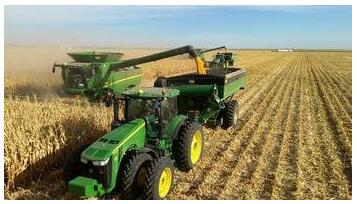 One of the main causes of the intense urbanization taking place in Brazil is the rural exodus – the transfer of population from the countryside to the cities.

A global migratory phenomenon, the rural exodus is a consequence, among other factors, of the implantation of modern capitalist relations in agricultural production, which is led to adapt to a complex and diversified economy, centered on cities. In this context, the agricultural sector provides inputs and raw materials for industries, consumes industrial goods (machines, fertilizers, pesticides, implements, etc.) and, replacing human labor with machinery, releases surplus labor — or that is, it expels population from the countryside to the urban environment.

In developed countries, the events that brought about this dynamic marked the history of the 19th century and the first decades of the 20th century — that is, there was a relatively progressive, gradual urbanization. In underdeveloped and recently industrialized countries, the pace of rural exodus was much faster: in Brazil, for example, the majority of the population moved to the urban environment in a few decades, as the industrial process began in 1930 and accelerated in the 1950s (with the government of Juscelino Kubitschek and the massive penetration of international investments), soon forming a national market centered in the Southeast, particularly in São Paulo.

According to Healthinclude, the rapid transition from an agrarian-export economy to an urban and industrial economic model instituted or incited, in the countryside, a series of factors for the expulsion of workers to the cities. Among them, the following stand out:

Typical of the Center-South areas of the country, where there is capitalization of agriculture. In the 1970s and 1980s, this process expanded to cerrado areas in Mato Grosso do Sul, Goiás, Minas Gerais and Bahia, generally associated with increased production of soy for export, and also to the North and Northeast regions.

Phenomenon generally parallel to the growth of mechanization of agricultural activities. In Brazil, there have been successive waves of concentration of large estates in areas formerly occupied by small properties. This is what is currently observed in northern Paraná, Mato Grosso do Sul and southern Goiás, a few decades after the movement of occupation of these regions by small landowners. The same tends to occur in an even shorter period in Rondônia, which is currently an area of ​​attraction for minifundistas, and in other areas of the agricultural frontier in the Amazon. In this process of occupation of pioneer spaces, small landowners are displaced by the large property and pushed to more distant borders or to urban centers.

introduction of capitalist forms of agricultural production. Partners and sharecroppers, small tenants, settlers and farm dwellers are quickly replaced by temporary wage earners (wheelers and boias-frias), who reside in urban centers and work seasonally, during harvest or planting seasons. This category has grown a lot, not only with the country’s agricultural modernization, but also with the enactment of the Rural Worker Statute (in 1964): extending to rural workers the rights guaranteed to urban workers, this legal document, intended to benefit rural workers. farm dwellers, ended up accelerating their expulsion, making them a more expensive labor force.

Also areas where smallholdings and production for subsistence predominate tend to repel populations, as properties are successively subdivided, until they reach an extreme subdivision. A significant example of an area of ​​this type is the valley of the Jequitinhonha river , in the semiarid north of Minas Gerais, from which seasonal migrants come out and work as workers in the sugarcane, peanut, orange and soy crops of São Paulo and of Paraná. The surplus population from these areas moves to other urban centers.